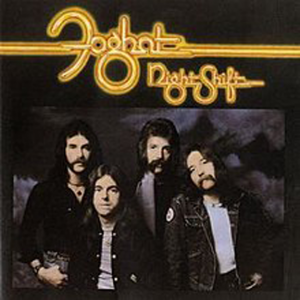 Night Shift, Foghat’s sixth studio album, was released 45 years ago by Bearsville Records on November 18, 1976. Produced by Dan Hartman — the acclaimed bassist for Edgar Winter Group and the solo artist behind the 1984 Top 10 single “I Can Dream About You” — Night Shift reached No. 36 on the Billboard Top 200 Albums chart and has since been certified as Gold by the RIAA, signifying over 500,000 copies sold. (It’s high time for an updated sales recertification, we say!) The hard-charging opening track “Drivin’ Wheel” reached No. 34 on the U.S. Hot 100 singles chart, while the heartfelt, strings-drenched album-closing ballad, “I’ll Be Standing By,” made it to No. 67. 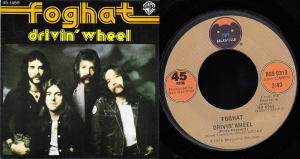 The band’s eagerly anticipated follow up to September 1975’s uber-successful million-selling Fool for the City, Night Shift continued to creatively expand upon the special four-man groove that made Foghat a household name. In addition to the aforementioned album-bookend tracks “Drivin’ Wheel” and “I’ll Be Standing By,” the gritty gear-shifting movements of “Don’t Run Me Down,” the keep pushin’ on thrust of “Burnin’ the Midnight Oil” (which also happens to be the album’s most played track on Spotify), the signature sizzle of “Night Shift,” the good-time jammin’ of “Hot Shot Love,” and the funkified recasting of “Take Me to the River” all serve to reinforce the in-studio mind meld between lead vocalist/guitarist Lonesome Dave Peverett, slide guitar maestro Rod Price, then-newly appointed bassist Craig MacGregor, and drummer/percussionist extraordinaire Roger Earl. (Eagle-eyed fans will also note the acoustic-driven “New Place to Call Home,” an unfinished song unearthed from the original sessions that appears as a bonus track on the currently out-of-print 2006 Wounded Bird Records Night Shift CD reissue, among other places.)

Why does Night Shift continue to hold such sway with Foghat fans both new and old alike, 45 years after its release? It’s really quite simple, according to Foghat’s founding drummer, Roger Earl: “This is a working man’s band, and the album has a working man’s title,” he observes. “Whether you’re sitting behind your desk or you’re on the line putting wheels onto cars, that title is what grabbed people right away — and the music delivers on it.” 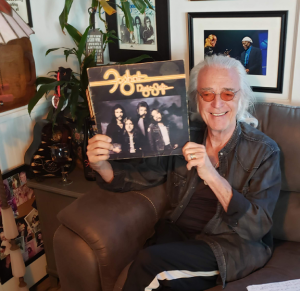 Special note must be given to the band’s uplifting, funky cover of “Take Me to the River,” a version of Reverend Al Green’s 1974 soul classic so original and so musically compelling that it remains in the band’s setlist to this day. “The idea for covering that song came from Lonesome Dave — of course,” confirms Roger. “Lonesome Dave had knowledge of all things music, whether it be blues, jazz, country, rock & roll, or any other genre. That song was particularly tricky to get the groove and tempo on, but Craig and I sat down together and worked it out. Dave changed some of the lyrics, the phrasing, and the melody. Dave was always somewhat of a reluctant hero, but he was one of the best. When he wasn’t singing, he was very quiet. But when Dave was performing — whether he was singing or playing his guitar — he lit up like a downtown Christmas tree.” (Lonesome Dave passed away at age 56 in 2000.) 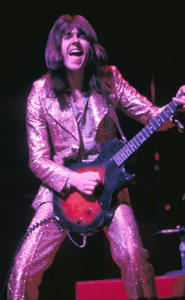 As the Night Shift rehearsals commenced in the British band’s adopted homebase of Long Island, New York — first in the backroom of a local pork store before moving to friendlier recording confines — Jimmy Iovine, a Bearsville favorite who at that point had engineered albums from John Lennon and Bruce Springsteen, was initially slotted as the album’s producer. However, things just didn’t work out, as evidenced by the band and their newly minted producer butting heads about three songs into the process. “The truth is, Rod and Dave were struggling with writing the songs this time around,” Roger admits. “We didn’t really have any of the songs ready to go when we went in there with Jimmy. To the best of my recollection, Jimmy was a really cool guy — and, honestly, it wasn’t his fault and it wasn’t my fault, because I was ready to play. Rod and Dave were just struggling to have the material put together before we went in and recorded the songs.” 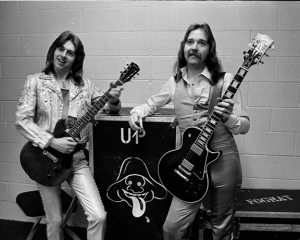 As a result of all this initial in-studio tension, Iovine was ultimately fired from the Night Shift project. Iovine — who went on to produce and/or co-produce blockbuster albums from the likes of Tom Petty and The Heartbreakers, Stevie Nicks, and U2, to name but a few — actually appreciated the band’s honesty. His observation about what happened appeared in hindsight in the 2017 documentary he shared with rap mogul Dr. Dre titled The Defiant Ones: “I was an idiot. I got fired . . . [but I was] able to be numb enough to keep going.”

Luckily, the Foghat team behind the scenes had Dan Hartman waiting in the wings as their suggestion to take over as Night Shift’s producer. Once all parties agreed to the production change, the band shuffled off to Hartman’s 16-room colonial-home studio in Connecticut alternately known as the Schoolhouse, where everything finally began coming together. Hartman, who sadly passed away at age 43 in 1994, told Circus magazine in 1976, “These songs really have a lot of color. The band’s writing is showing more professionalism. The songs are more commercial in a sense that more people will enjoy listening to them…They’re just doing things people like.”

It was a good match to begin with, seeing how Foghat already knew Hartman personally from having spent time with him on tour when he was a member of Edgar Winter Group, and they warmed to his taking over the producer’s chair almost immediately. “Dan was also a bass player, and he was a huge help,” agrees Roger. “When we first went to his house and were setting up, he gave Dave the additional time he needed to come up with the right material. This was also the first time I had worked with click tracks. We used the click because we didn’t have all the arrangements down yet, and it helped us concentrate on what we were doing. It basically gave us a solid base for learning the construction of the songs.” Not only that, but the large-room vibe of the Schoolhouse recording space helped lend Night Shift its “big” overall sound. 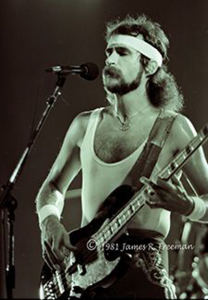 Night Shift was also the first Foghat album graced by the marvelously supportive bass tones of Craig MacGregor, who stepped into the fold after bassist Nick Jameson ended his first stint with the band earlier in 1976. MacGregor immediately made his mark by bonding with his drummer. “As far as our connection goes, Craig MacGregor was my brother,” Roger confirms. “There was this one line he came up with about what we do. He said, ‘the bass and the drums lay out a road for the rest of the band to drive on.’ I always thought that was the perfect description of it. I miss everyone to some degree, but I think I miss Mac most of all. Mac and I were tight.” (MacGregor passed away at age 68 in 2018.) Indeed, just listen to the 40-plus minutes of good “road” the MacGregor/Earl Rhythm Section Axis laid down for all seven of Night Shift’s songs to hear exactly how the pair nailed that thought to a T. 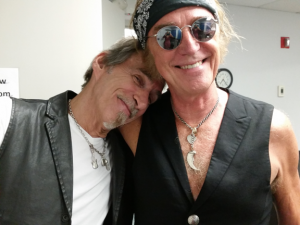 For his part, Rod Price — who unfortunately passed away at age 57 in 2005, and would have literally just celebrated his 74th birthday on November 22 — also talked with Circus in 1976 about the inherent merits of Night Shift. “Foghat has always evolved [with] each album, but it’s still within the rock & roll framework we’ve maintained,” Price outlined. “There’s regular Foghat-type songs, but also a couple of types we’ve never attempted. There’s a real slow ballad [i.e., “I’ll Be Standing By”], but it’s still very much Foghat.” 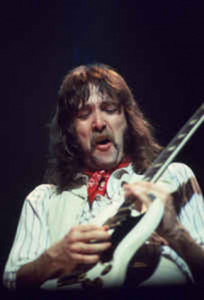 Upon completion, Foghat felt Night Shift was a keeper, and their audience responded in kind. In fact, the ensuing tour to support Night Shift became the basis for the band’s blockbuster August 1977 live album, simply titled Live. “I knew right after we finished Night Shift at least three songs from the album would be in our live set, which at the time would sometimes run as long as an hour and 45 minutes,” Roger concludes, identifying “Drivin’ Wheel,” “Take Me to the River,” and “Night Shift” as the three golden tracks that continue to endure in their onstage incarnations.

Fact is, whenever you’ve got music that embodies powerful love and has a steady roll that moves your body and rocks your soul, there’s no further proof needed to bolster the idea that Night Shift is a truly classic Foghat album for the ages. 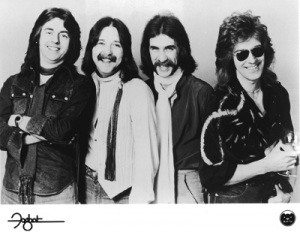 all of which are the precursors for the officially authorized Foghat biography by author Mike Mettler, that we currently have in the works! Stay tuned!!