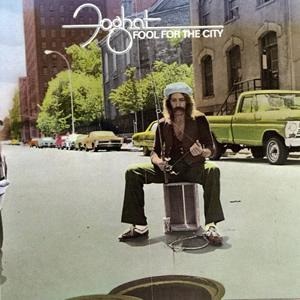 Those of you who devoured Part I of our exclusive roundtable interview with all four members of Foghat can attest how readily apparent the band’s natural, unforced camaraderie truly is. Indeed, founding drummer/percussionist Roger Earl, lead vocalist/lead guitarist Scott Holt, bassist/vocalist Rodney O’Quinn, and lead guitarist/vocalist Bryan Bassett are all quite at ease with one another offstage as much as they are onstage.   Here’s but another example of that. More than halfway into our interview, Bassett and O’Quinn were sharing their respective answers to my question about the vinyl format and their favorite albums when Holt and Earl were having their own separate side conversation about the cover art to Foghat’s seminal September 1975 release, Fool for the City. The album’s infamous front cover, of course, shows a then-mustachioed Roger Earl perched on a soapbox while he’s fishing into a manhole in the middle of a street in New York City (as one does).

I just happened to have brought the 2008 Mobile Fidelity SACD version of Fool for the City with me to the interview, and it was sitting there face up amongst the scattered stacks of CDs and LPs on the table we were all seated around. This was the point when Holt picked up the Fool SACD and flipped it over to the back cover, which depicts some bystanders standing next to the rest of the band that had then gathered behind Earl to observe just what it was he was doing there in the middle of that downtown NYC avenue. Here, Holt looks at Earl, pointing at one of the unnamed bystanders and asks him, “Who was this guy?” Earl replies with a grin, “He lived there! He said, ‘What are you doing in my street?’” 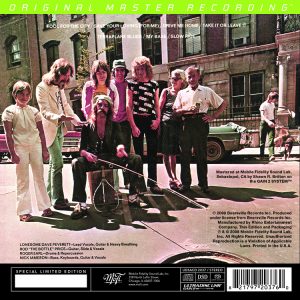 Laughter immediately ensued between the two gentlemen — the comfortable, friendly kind of release you automatically know is purely genuine in the moment. 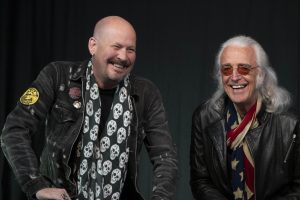 Fact is, laughter was often on display during this particular interview session of ours, which took place in a private conference room at an East Amherst hotel in Western New York on April 16, just a few hours ahead of when Foghat would perform a rousing 14-song set at the historic Riviera Theatre in nearby North Tonawanda that same evening.

Back in Part I of our Foghat group interview, we discussed what it was like for Scott to join Foghat fulltime, how Rodney feels about singing lead vocals on more than a few songs himself in every show, and why performing live bonds Foghat with their audience even more deeply nowadays, following the shutdown. Here in Part II, Foghat talk about that special onstage comfort factor they all share, some of Rodney’s earliest favorite LPs, and why the Earl & The Agitators album is actually a Foghat record under a different name.

Mike Mettler: We’ve been talking about how important live performance is to the lifeblood of Foghat as a band. Do you feel like you have to “shift” personas, so to speak, when you’re offstage and when you’re onstage?

Roger Earl: Well, once you hit the stage, you are a performer. That’s just what you do.

Bryan Bassett: (nods towards Roger) And then, you’re in your world. It depends on the band, but I don’t see us being too much different offstage as we are onstage. 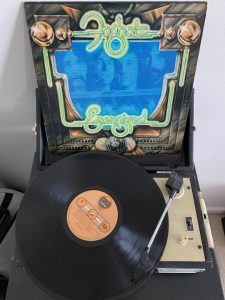 Mettler: I’m glad to hear you got all of that out of storage so you can re-use your vintage gear. What brand of turntable do you have?

Bassett: I have two. I have a Dual that’s computer-controlled, and I have an old Technics. And I found a box of cartridges — serious ones, like Empires. Thousands of dollars’ worth of cartridges.

Mettler: Ahh, I can relate — but I can’t tell you how much my turntable system costs, because I might get into trouble for it. (laughs) I just had to replace a receiver, too.

Bassett: I have a Pioneer receiver, and a Marantz — and somewhere, I have a Macintosh, but I think I may have sold it off.

O’Quinn: I was at a dude’s place recently, and he had Macintosh tube amps. (audible gasps of envy arise from everyone around the table)

Mettler: Rodney, we haven’t gotten your take on vinyl yet. When you were growing up, what was the album that did it for you as a kid? What’s the one album that was “your thing”?

O’Quinn: I’ve still got the very first one! Literally, I went from the [1975] Goofy Greats release on K-tel over to Kiss: Alive! [which came out in September 1975]. (laughter all around) I still have the original Kiss Alive!, and I still have Foghat Live [which was released in August 1977] — my original one, from when I first got it.

Mettler: And it probably has some ringwear on it too, because of the mostly black cover art.

O’Quinn: (nods) Right — yeah yeah yeah! And like I said, I’ve still got all that stuff. Back then, I was hanging out with guys who were older than me. When I started getting into rock, they started dipping me back into the [Led] Zeppelin records, but also things like Montrose and UFO.  Everybody got all crazed when CDs came out, but I was kinda like (pauses), “Ahhhh . . . I don’t get it.” You know? ’Cause it was like, “Don’t you hear the difference?” It was so much cleaner, but then it just lost something.

Mettler: I think the convenience of CDs may have gotten in the way of the perception of the music itself — for some people, anyway.

O’Quinn: I think you’re right about that.

Mettler: Well, there’s one CD of yours I’d love to see get onto vinyl one of these days (points to one of the CDs on the table) — Earl & The Agitators: Shaken & Stirred [which was released in October 2018].

Bassett: (picks up the Agitators CD) This is one of those records that — well, when you make a lot of records, some just seem to make themselves, and it’s easy. To me, they always seem to be the best ones, you know? But the ones you really have to struggle and sweat over, and are a big pain in the butt to make? Those are the ones that, when they finally come out, you’re glad they came out — but then you go, “I just can’t.” You just can’t listen to them at all. 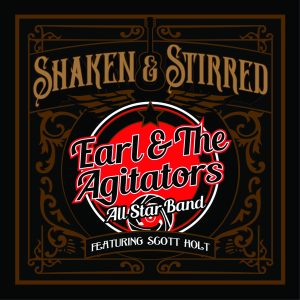 Holt: “I don’t really want to hear this anymore!”

Bassett: Exactly! But this [Agitators] album kind of made itself. We just kept recording, and we kept all the fun songs. We put it out, and everybody likes it. And we still like it!

Mettler: I feel like your audience is still discovering this album, now that Scott is an official fulltime Foghat bandmember. So it’s kind of a Foghat album in a way, since every guy at this table is on it.

Mettler: Could you call it something like, I don’t know — “The Foghagitators”?” (laughs)

Earl: Agihat! (more laughter all around) Let’s do one of these songs tonight, shall we? 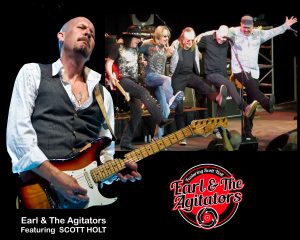 And then it was time to go — an interview postscript: After a brief group discussion about whether the Agitators track “Where’s the Rock ’N’ Roll” could make its way into that evening’s set (it actually didn’t, but we did get “Upside of Lonely”), the looming clock said it was high time for both the band and the crew staying at the hotel to head over to the venue to get ready for that evening’s big show. Hence, we had to conclude our lively group discussion in deference to Foghat taking great care of the audience waiting down the road apiece for their favorite band to show up and play a good number of their favorite songs. Going to the city, got you on my mind. . .

On June 15, our very next FoghatStory will celebrate the 12th anniversary of the release of Foghat’s 16th studio album Last Train Home, which was released on that very date in 2010. Keep an eye on this space for that story, plus many other in-depth FoghatStories to come — all of which are the precursors for the officially authorized Foghat biography by author Mike Mettler that we currently have in the works! Stay tuned!!