Welcome one and all to the second part of our ongoing series celebrating the 50th anniversary of Foghat’s self-titled debut studio album Foghat, which was released by Bearsville Records on July 1, 1972 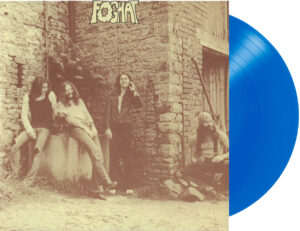 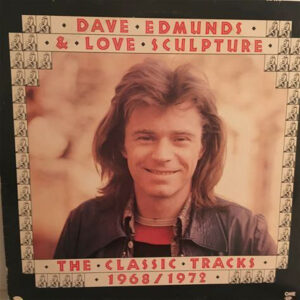 In Part I of this series, which posted here on July 1, founding drummer Roger Earl recounted how Foghat auditioned for and connected with Albert Grossman — the legendary band manager who also ran Bearsville Records — and why they felt it was critical to have the aforementioned Dave Edmunds produce the album.

Plus, ZZ Top’s Billy F Gibbons told us why he still thinks Foghat was the exact right band to keep the blues alive. (Timing is everything, as Foghat will be on a bill with ZZ Top 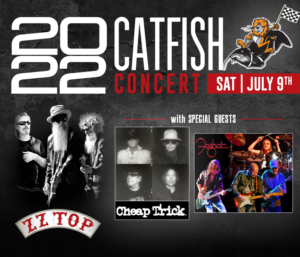 and Cheap Trick at Greenville Lions Park in Greenville, Wisconsin on July 9.)

Here in Part II, Roger and I continue our deep-dive conversation about Foghat — but this time, we mainly focus on the band’s barnburning cover of the Willie Dixon-penned, Muddy Waters-stamped come-on blues classic that opens the album, “I Just Want to Make Love to You.” 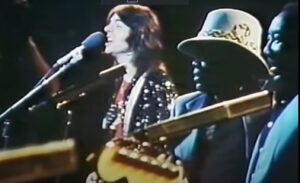 The song ultimately made it to No. 83 on the Billboard Hot 100 singles chart and garnered significant FM radio airplay back in the day, and it remains a key element in Foghat’s current live set. The gripping 8½ minute version of “I Just Want to Make Love to You” appears at the end of Side 1 on August 1977’s Foghat Live, and it too became an FM radio favorite. Roger and I also discuss the time Foghat got Willie Dixon’s firsthand seal of approval. I can tell by the way you walk that walk. . .

Mettler: Did you always know “I Just Want to Make Love to You” was going to be the very first track on Side A of Foghat? Was that always gonna be the first song that people would drop the needle on? This song alone sets the table for what was to come on the rest of the album, that’s for sure.

Earl: Well, we’d already done a number of versions of it. We did some demos at Abbey Road Studios, and that was one of the songs on there. We played it pretty much the same, but I can assure you, it sounded nothing like the version that Dave Edmunds put together for us — just the way he mixed the record, and especially how he mixed the rhythm guitars. 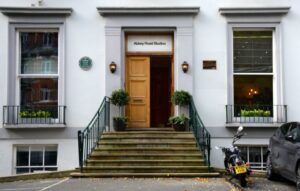 Mettler: I think that’s an underrated aspect of what Rod [Price, lead and slide guitarist] and Lonesome Dave [Peverett, lead vocalist and guitarist] do on the album, wouldn’t you agree? People like to talk about all the lead guitar work and Rod’s slide work, but if you don’t have a good rhythm guitar line going, the bed of certain tracks would just be missing.

Earl: Yes! Dave and Rod both were great rhythm guitar players. They both had a great sense of rhythm, and a great sense of time. I’ve said this before, but ever since the first band I was in, I’ve always played with great guitar players. Rod and Dave really connected, especially for the first four or five Foghat albums. And live, they were (slight pause) . . . well, it was just magical. 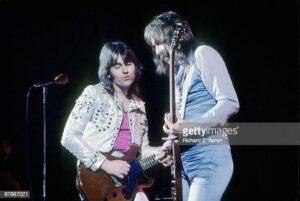 Mettler: I totally agree. And I love the dynamic range on this song, where it starts with that quiet, pulsing bass tone before those wailing guitars kick in, and you kick in, and then we get Dave’s intense lead vocals. Was that a Dave Edmunds production thing, or did you guys have that dynamic figured out yourselves?

Earl: That was our arrangement. Dave [Edmunds] helped out on a few other arrangements, but that song was pretty much already arranged like that. We’d been playing it since [Lonesome] Dave, myself, and [bassist] Tony Stevens were in Savoy Brown. We would play it at soundchecks, so we already had the idea for our arrangement figured out. Of course, when Rod Price joined the band, it really took off. (pauses) You know, I miss Rod. He was such a great guitar player. And I miss Dave too. 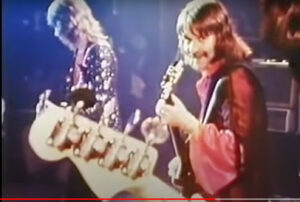 Mettler: I get that. They’re with us every day, but it sure would be nice to physically see them too.

Earl: Yeah, they are with us. In fact, we were just talking about that. After we finished one of our recent shows, it was real comfortable backstage. We were hanging out, and having a few drinks and stuff. It was myself, [lead vocalist/guitarist] Scott Holt, and Bryan [Bassett, lead and slide guitarist] there talking about the guitars, how Rod and Dave locked in, and how important that was for the way we played. Yeah — it’s our legacy.

Mettler: And that stands the test of time. Now, I know the answer to this question, but for the people reading this who may not know, can you tell us where the name “Lonesome Dave” comes from? How did that come about?

Earl: (deadpan) I’ve got no idea! (laughs) Well, there was Lonesome Sundown [an American blues artist best known for his 1950s and 1960s recordings]. There were a number of “Lonesome” blues artists. And Dave, well, he kept pretty much to himself. He had a great sense of humor — very dry. Dave and I got on real well. In fact, I watched an interview where we did a song off the In the Mood for Something Rude album for MTV — “Slipped, Tripped, Fell in Love” [the album’s lead track, written by another bluesman, George Jackson, and recorded earlier by Clarence Carter in 1971]. Dave and I were being interviewed there, and I hadn’t seen it since we did it. When was that? When did that album come out? 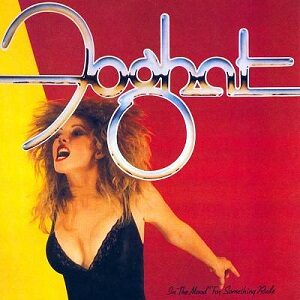 Earl: Somewhere around there, yeah. Anyway, Dave and I were just talking and laughing about stuff. I enjoyed seeing that again. I think about Dave every time we perform any of the songs off the Foghat album.

Mettler: It must have been something special watching that MTV clip. Now, the effect that’s on Dave’s lead vocal on “I Just Want to Make Love to You” — is that another Dave Edmunds thing, or was that something you guys had figured out yourselves? It’s essentially distorted in a way, and it’s very unique.

Earl: [Lonesome] Dave loved it — I remember that. Dave loved it. And yes, Dave Edmunds came up with that, but Dave loved having it on there. Just having a nice, clean, pure voice was not Dave’s idea of rock & roll. It had to have some kind of effect on it — echo! Ahh, Dave Edmunds. (smiles)

Mettler: “Highway (Killing Me),” the song that starts what’s called the “Flip-Side,” or Side 2 of the Foghat vinyl, also has a similar vocal effect on it. I’m wondering if that was a thing to do for the songs that were at the beginning of each side, because only those two songs on this album have the vocal sounding that way.

Earl: Well, Dave Edmonds was quoted once as saying, I believe, “A little bit of reverb goes a long way way, way, way, way. . .” (both laugh) But, yeah, Dave Edmunds would come up with stuff like that, and [Lonesome] Dave would say, “Love that. Yeah!” [Lonesome] Dave really liked working with Dave. Dave and Dave got on really well, because they had very, very similar tastes in music. 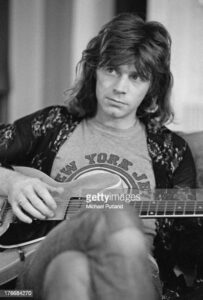 Actually, I hung out with Dave Edmunds quite a bit. I went over to his house a few times, and we talked, and hung out, and played music. I haven’t seen him in years, but I wish him well.

Mettler: As do we all. I spoke with Dave Edmunds myself a few years ago, and he’s as Welsh as they come! (laughs) But anyway. “I Just Want to Make Love to You” is a song people still like hearing Foghat play today, and it was certainly a highlight of the Foghat Live album too. Like I said earlier, it’s the first song probably anybody dropped the needle on to hear what Foghat the band was all about. It’s pretty definitive and, besides “Slow Ride,” it’s the second-most-played Foghat song in the Spotify universe. [As of this writing, “Slow Ride” has over a whopping 104 million listens on Spotify, and “Love” has 13.7 million.] So the question is, why do people like “I Just Want to Make Love to You” so much, sir? Why do you think it remains that popular?

Earl: Well, obviously, it was of course written by Willie Dixon, and Muddy Waters first recorded it [in 1954]. The [Rolling] Stones did a version of it [in 1964] — everybody did a version. Growing up in London, when I first started playing, everybody was doing a version. But nobody did anything like our version. 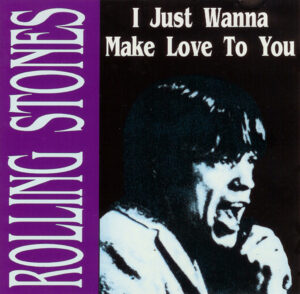 But, yeah, I’m really proud of our version. And I know Willie loved it too, because we met Willie Dixon back then. We were doing three nights at the International Amphitheatre in Chicago [on March 2-4, 1978]. On the first night, Willie Dixon’s daughter came down because in ’77, “I Just Want to Make Love to You” was released as a single off Foghat Live, which went double platinum, eventually. [The song reached No. 33 on Billboard’s Hot 100 singles chart, while the Foghat Live album reached No. 11 on the Top Albums chart.] So, Willie’s getting all this money from our first album, which sold well over a — well, it’s probably gone platinum by now

Mettler: Foghat hasn’t been certified beyond Gold [500,000 copies sold] yet, but it should be platinum [1 million copies sold]. it needs to be re-certified, probably. 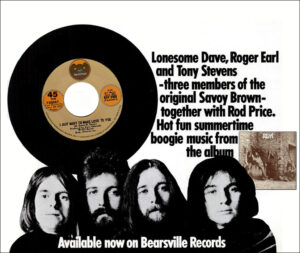 Earl: I agree — it probably should be! But anyway, Willie sent his daughter. and we treated her like the princess that she was. And then the second night, she brought her brother Butch down, and they come backstage. There we are, with Willie Dixon’s son and daughter — and I guess we got a good report from them back to Willie, because he came down the next night. It was like, Willie Dixon’s getting all this money from the first album because he wrote the song, and he’s getting all this money from the live album now. I think he said to his kids, “Can you go down there, and see what those Foghat boys are doing?” (laughs)

And then we met Willie. It was quite something. Dave introduced him onstage, and Willie walked out. There was a large cheer waiting for him — a local man made good.

Eventually, we were invited over to his house. We couldn’t go there that night, obviously, but about six months or so later, we were back in Chicago and had the day off. Myself, Dave, and Rod went over to Willie’s house on the South Side, and we all had dinner. We were up until like 3 or 4 in the morning, listening to music, and playing. Everybody in his family could play something — guitar or piano — and so did the great man himself. 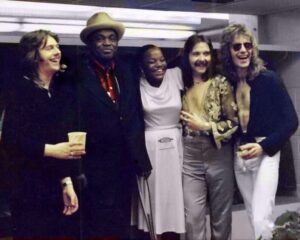 You know, it’s really cool when you meet one of your musical heroes, and not only do they not let you down, you sort of look at them and go, “Wow!” The man was a king, as far as I’m concerned. [Willie Dixon passed away in 1992, at age 76.]

Mettler: And it was probably also nice to get the firsthand seal of approval, right? Willie said something like, “Yeah, I like what you’re doing.”

Earl: Yes. We made one of his great songs even more successful, so, yeah. That’s a really cool feeling.

To be continued… The story of Foghat’s July 1972 debut album is just too darn big for one FoghatStory let alone two of them. so please come back next week for Part III, wherein Roger Earl takes us through the rest of the songs on Side A, starting with “Trouble, Trouble.” See you then!!

And check out the latest reissue of this great record in both Blue & Gold Vinyl by Friday Records!

Get an autographed copy at https://www.foghat.biz/collections/vinyl 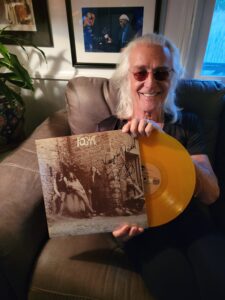